Are you sure?
Input value
Error
Notice

When you need to gather 100 international research scientists from around the world for a convention taking place in Italy, what do you do? The answer is straightforward: you use EasySignup!

He's one of the founding forces behind an international association of research scientists on business models. He's also the man behind the world's first convention on the subject.

Morten was faced with the challenge of keeping track of the many researchers who wanted to be a part of the exciting convention he'd put together.

- We had various in-house systems and tools for signing up. It still took a lot of manual work, though. As an example we were only able to send out 50 emails at a time to all the attendees, Morten explains.

This approach with various different systems took up too much of Morten's time:

- We were using 3-4 different systems, and it was taking way too much time. We also looked into an international signup system, but it turned out to be too expensive.

Morten was looking for alternatives on Google, and he stumbled upon EasySignup. He's very happy that he did:

- EasySignup matches our requirements perfectly. It was as exquisite to unbox as a new Apple product.

When it comes to attendees signing up, Morten is also very pleased with EasySignup.

"The convention was a huge success. With 100 attendees, EasySignup helped tie it all together smoothly. It worked very well."

He's especially happy about the many features he has access to, and how easy it was to get started.

- I spent no more than 1 hour setting up the entire conference in the system and getting it ready for signing up. EasySignup offers a much larger toolbox gathered in one place than we had earlier when we used different systems. That's a huge advantage.

He mentions the registration for a dinner event after the convention as a particularly positive experience.

- It was awesome. I could simply send the restaurant a list of guests and their dietary concerns. I'd already collected that information about the guests when they signed up.

Morten has had a positive correspondence with EasySignup whenever he needed to. He recommends EasySignup to everyone hosting events.

- It's simply a great system which we're definitely going to use again. 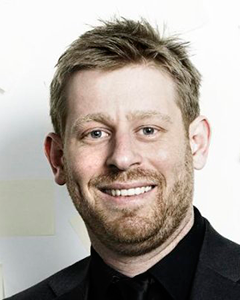 All activities are focused on the core activity: Business Model Design, in the processes of entrepreneurship, commercialization, and internationalization. A major part of our research is done with real companies! Our affiliates come from numerous professional and geographical backgrounds and interests. 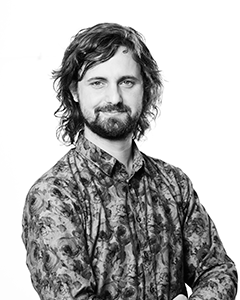 "We have more participants on our courses after switching to EasySignup. It's definitely had an impact that we've made signing up easier than it used to be." "At Statistics Denmark we consider EasySignup to match our needs at a sensible price. It's not a system that costs a fortune."